«AH! Those are the films I want to see more of!». That was Jaie Laplante’s reaction when he discovered Ibero-American film at a very young age.

Jaie Laplante was born and raised in Northern Canada and has been the Director of Programming for the Miami Film Festival since 2010, but his passion for cinema dates back to his teenage years.

Cine Casual sat down with him during the 35th edition of the Miami Film Festival to discuss his passion for Ibero-American cinema. 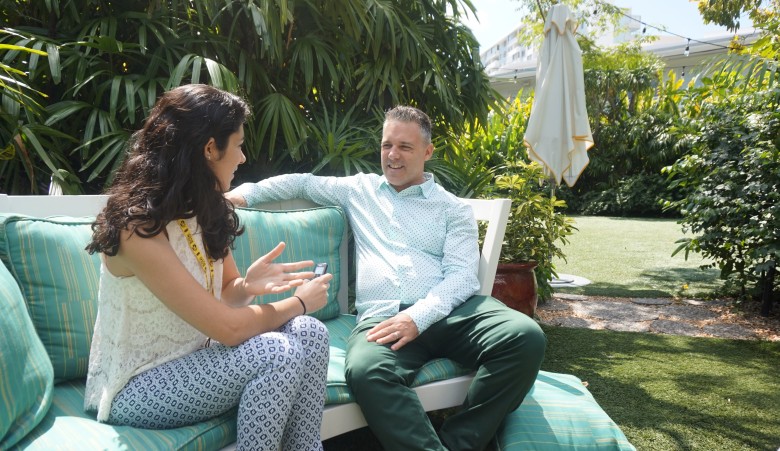 A Life Dedicated to Film

JL: «When I was living in Canada, my first job was being a film critic, so I started writing film columns twice a week at a very young age. At that time, film critics would always see films in the theaters, so you would go to press screenings a few days before the films would open. I was seeing three to four films a week. In the 1980’s there was a much stronger distribution of foreign language cinema, so I saw films from all over the world, but I was always attracted to films from Spain and Latin America. It’s just something about them, something about the passion. Who knows why, but from that age, that was what made me go ‘AH! Those are the films I want to see more of!’ Coming to Miami was this natural fit of an obsession that I started from the age of 14. I’ve always had it, I don’t know where it came from, but I’ve always had it.

A Programmer at Heart. A Dream Job

JL: «I’ve always loved international cinema. My taste for cinema is so wide ranging. I love narrative films, experimental films, etc., so the chance to work at an international festival, kind of a generalist festival, was something that I’ve always wanted to do. I’ve previously been working programming niche festivals, so that was really what I was aiming for- the ability to program, in the city that I love, and to be able to have that full survey of international cinema.»

MIFF and Its Ever Growing, Buzz-Creating Ibero-American Film Selection

JL: «I can’t take credit for that. Since the Festival was inaugurated in 1984, it has always had a strong focus on Spanish and Latin American cinema. I didn’t change that. I think maybe what I did change is the types of films that we bring from those countries. I think maybe I opened up the kind of work that we bring in. For instance, one of my favorite things to do is to program very well made commercial comedies from Spain, like ‘Ocho Apellidos Vascos’, things that are not normally thought of as festival films. Those films don’t get distributed in the United Sates and they are very hard to do. It’s very hard to make a great comedy, very hard to raise your level of craftsmanship to make something that is so appealing to so many people, so I recognize the craft and skill that went into making those movies and I think it’s important to say ‘yeah, this is what a film festival can do also, it can bring films that cannot be seen’. The whole idea of a festival is to connect art with audiences, and I consider these films art because they’re made by artists, they’re made by great craftsmen. So I think the buzz comes from my interest in bringing these different kinds of cinema, not just commercial comedies but other types of cinema from Latin American and Spain that haven’t received a lot of attention.» 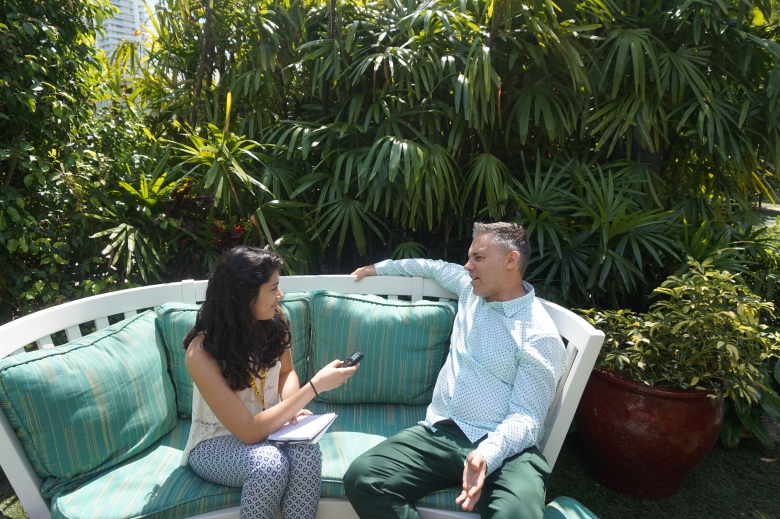 What Aspects of Ibero-American Cinema Attract You The Most?

JL: «That’s hard to answer because I love it all. What I also love is how diverse it is. I love that I can see these very quiet films where you as a viewer need to work really hard to absorb the character motivations and nuances, and I also love films like ‘Ocho Apellidos Vascos’, that do all that work for you. You don’t have to work at it, but appreciating that comic timing, the editing, the way that the story flows and the way the film is put together. I don’t have a favorite, I love it all! That’s also the good thing about transitioning from being a critic to a curator. When you’re a critic, you have to have some criteria to talk about what’s good and what’s bad, but as a curator you only have to focus on what you like.»

Jaie’s Favorite 10 Days of the Year

JL: «My mission or my drive in doing this work is to connect art and artists with audiences. The other days of the year are the process of setting that up. Planning the art that we are going to show audiences, bringing the artists in, and all the logistics of that. The reason it’s my favorite 10 days is because it’s the realization of that mission. It’s that vision in action. And the part about the fest that I love the most is to introduce the film that I love, that I’ve been wanting to share with an audience, to introduce the artists. Let them watch the film and sit at the back of the auditorium and feel them experiencing what I experienced or maybe something new, but seeing them react to the work. That’s so exciting for me. If I could do that 365 days, I would never get tired. That’s why I love this time. Being in the auditorium and seeing the connection happen. When I see people become inspired or think about something that they may have forgotten, it’s tremendously inspiring.»