Her name is the equivalent to talent and beauty, and although she’s had several big breaks throughout her career, this Puerto Rican actress is best known for her current role as Carmen Luna in the TV series ‘Devious Maids’.

She sings, dances and has acted alongside some of Hollywood’s best known stars, including Chris Tucker, The Rock, Cuba Gooding Jr. and Sofia Vergara. Here are a few reasons why we love Roselyn Sánchez:

This Puerto Rican beauty has acted in big Hollywood productions such as ‘Rush Hour’ and ‘The Game Plan’, and her resume also includes long-running TV series like ‘Without a Trace’. However, the fame and Hollywood celebrity status hasn’t stopped her from working on local projects in her native island. She has starred in the Puerto Rican films ‘Cayo’ and ‘Yellow’, and is working on an upcoming movie that will also be shot in Puerto Rico.

2. She gives voice to the voiceless

She recently teamed up with fellow Devious Maids actress Judy Reyes and the Sound of Gol Foundation to bring kids ‘La Golda’, a new pro-social and proactive animated series that teaches kids about less conventional topics, such as adoption, autism, gender equality, and homelessness among others.

But her philanthropist work doesn’t end there. Roselyn is also an animal advocate. Sánchez is a spokesperson for PetSOS Puerto Rico since 2010, an ambassador for Operation Smile, and has her very own triathlon (RS Triathlon for a Smile), an event she created to benefit San Jorge Children’s Foundation and Caritas Alegres.

3. She’s proud of being Latina

And shows it every time she gets a chance! During interviews, she’ll always find a way to express how proud she is of her culture. 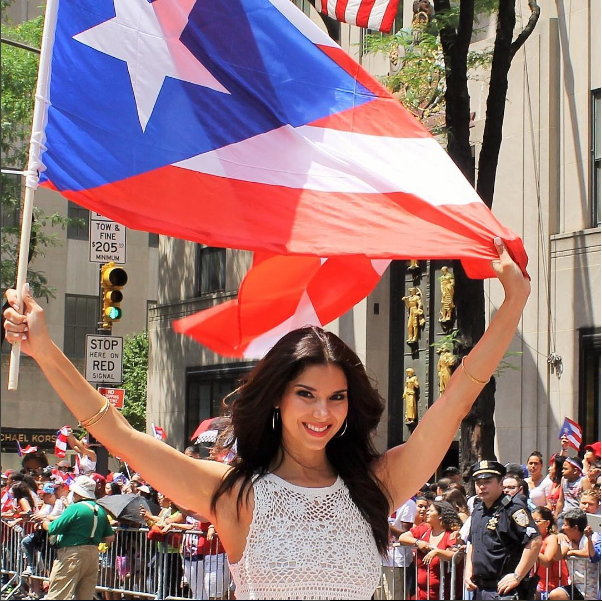 And even though she has been criticized for her accent, her professionalism has helped her overcome stereotypes, rejection, and has helped to land her successful Latina roles on the big screen.

4. She’s not afraid of standing up for her people

She was set to participate in the 2015 Miss USA pageant, but after Donald Trump’s anti-immigrant speech, Sánchez, winner of the 1993 Miss Puerto Rico Petite contest and 1994 Miss  American Petite, bowed out as co-host.

«I was very excited and proud to have been invited to participate in Miss USA, but as a Latina, that is now inconceivable. Although I am not Mexican, I am Puerto Rican and a proud Latina, and his comments were an insult to our culture. I won’t sponsor anything produced by Donald Trump.”

(And her curly hair!)

6. She always has time for family

No matter how busy life gets, she always makes sure she spends time with her 4-year old daughter, Sebella Rose. 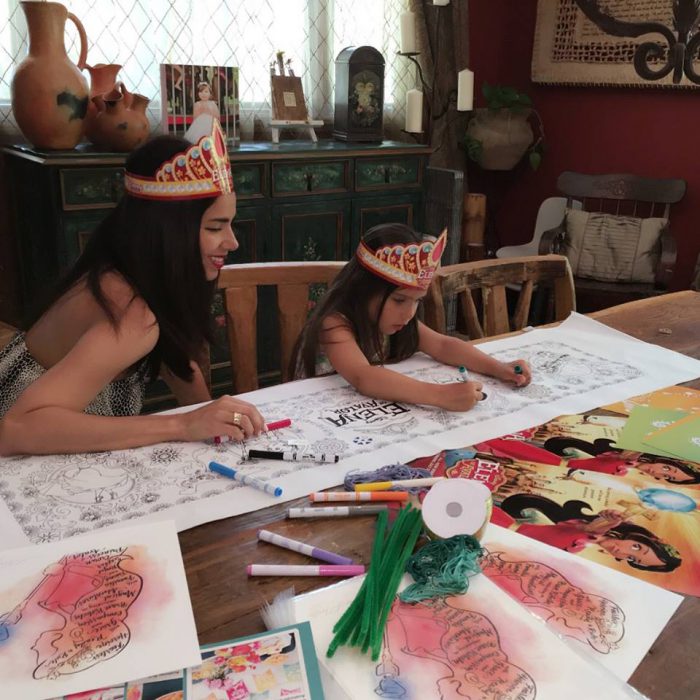 We already mentioned she can dance, but have you seen her dancing cumbia with Colombian music legend Carlos Vives?!